Racial assaults hide in the dark chambers of American life. Whites who want a better society but are confounded when it comes to figuring out what to do and how to do it, can increase their capacity to right many of the racial assaults that more than any other _____ accounts for the disparities we see when we compare white existence to black existence on an economic basis. White privilege affords white people agency and the ability to be seen and heard.  Confronting and intervening, however, often comes with a cost, even to White allies. So do so with a plan in mind:

Insist that the media give voice to black issues. There is no way IRS should have been able to terminate wrongfully such an important governmental contract and do so without commanding coverage from media outlets Jerroll routinely pursued to tell her story. This can be accomplish by:

Making Your Business Her Business! 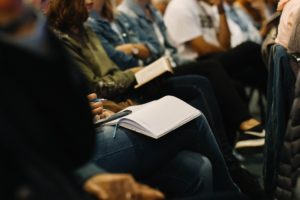 Jerroll has designed a one-of-a-kind, twelve-part business series to help small and large businesses achieve their business goals.  If you have dreamed of starting a business or want to take your existing business to new heights, prepare to enroll! More information coming soon.